China’s attitude towards Christianity should not surprise anyone. For many decades, it has always engaged in active persecution of Christian Faithful, in a sinister variety of methods. For decades and decades, Priests and Pastors have been arrested without charge, imprisoned without trial, many disappeared altogether never to be seen again. Women are in no better situation, as Nuns and female Oblates suffer the same fate. Raids occur at any time of the day or night, with the proverbial brutality of the grotesque monstrosities who toe the party line and zealously ensure in “healthy” competition between them at who performs better at being brutish.

The laity endures regular persecution, but resists heroically the monstrous abuse of the Chinese Authorities, despite the horrific intimidation the Faithful are regularly subject to and the huge fear people justifiably feel. The beastly animals in charge of this outrage go to great lengths of refinement, when it comes to psychological warfare and targeted demoralisation of Christian communities all over China.

Among the many methods at the disposal of the Authorities, the compulsory presence of the Chinese Flag – mandatory absence of any other flag presumed, of course! – along with obligatory installation of CCTV inside the church buildings is just one of the several widespread practices. We can add tho that the systemic and systematic removal and destruction of all exterior and interior crucifixes and crosses, Christian psalms, hymns and canticles are replaced with Chinese patriotic songs. Our description herein truly falls short by way of trying to convey the monstrous persecution. It may feel mild on text. On the ground however, it is Hell-on-Earth for the 60 Million Christians living in China.

Bulldozing of churches and shrines is also everyday business in China. Shrines dedicated to the Virgin Mary are a predilection speciality and one in particular came to our attention: The Shrine of Our Lady of China, aka Our Lady of Dong Lu.

Dong Lu was a poor place, a village which in 1900 received 10.000 soldiers, to ground the whole village to rubble and get rid of the Christian inhabitants. In the course of the troubles, suddenly the Blessed Virgin dressed in a white gown appeared in the sky, together with an Angel on horseback. The soldiers aimed their guns and shot at Her, but the Blessed Mother and Her Angel remained in the sky. Petrified, the soldiers fled the scene. The locality became a pilgrimage site for thousands of Chinese Christians and a devotion to Our Lady of China developed.

Fast forward to 23 May 1995, a pilgrimage of 30.000 Catholics to the Shrine was greeted with a supernatural event, witnessed by all present, whereby the Sun oscillated in the manner of a pendulum in the sky. Among the witnesses were four bishops. news spread quickly and on the following day, 24 May 1995, a crowd of 100.000 processed to the Shrine, despite the Chinese Authorities best efforts are dispersing the crowd and halting the procession.

In 1996, the Chinese Government sent the Army to the site, with a single mission: Bulldoze the shrine, destroy all remnants and remove all religious elements, including the image of Our Lady of China. The image was rescued at the eleventh hour and taken away in secret to an undisclosed location by the Faithful.

This year came the prohibition of Christmas celebrations across China, but not satisfied with the extraordinary persecution of Christianity and particularly Catholicism, the Chinese Government announced that the entire body of Holy Scripture, ie the entire contents of the Holy Bible is to be re-edited, redacted, or completely re-translated or changed in its entirety.

The order to eliminate all passages contrary to Chinese Communism doctrine, enhance those passages which are deemed to highlight the Socialist Communist message and generally, make the entire Holy Bible fully compliant with the Chinese Dictatorship Doctrine was issued at the highest level, by President Xi Jinping.

The chief objective of this criminal exercise of outrageous censorship and abuse is to eliminate the concept of God as God, replacing it with the Communist Party official line that only the State is to be adored by the Chinese People, and therefore all content that does not reflect this position has to change.

Buying a Bible has always been a nightmare in China, except if purchased abroad online, but this small loophole has been ordered shut by the same autocratic satanic Beast currently in Power, Mr Jinping, who is also behind the latest draconian and brutal persecution of 2018 and 2019.

The new, falsified and fraudulently adulterated version of the Bible will be the one and only available in China, along with an adapted Catechism. All online biblical and Christian religious content will be cut off, except content reflecting the same fraudulent versions available in print.

Meanwhile, a similar process is underway regarding the Quran and just this week fresh undercover reports account for a staggering 3.5 Million Muslims imprisoned in concentration camps within China. This is yet another factor aggravating the extreme concern felt outside China, for the wellbeing and safety of Christians subject to Chinese autocratic rule.

Of course, it appears to us that the Chinese Authorities somehow failed to realise that fraudulently altering Sacred Scripture in the Holy Bible turns them into fraudsters of the highest order and it will not sit well with the Chinese People when they notice whilst visiting the Free World, that our Holy Bible is fundamentally different from theirs. But even this is irrelevant by comparison to an eternal Truth:

The Human Soul cannot be imprisoned. There is One Church of Christ Jesus and God will find the way and the means necessary to enter the Free Souls of the Chinese People. Adulteration of Sacred Scripture is yet another offence against God, which doubtlessly the Chinese Regime will come to regret one day.

Our message to President Xi Jinping is simple: The Heavenly Powers which in 1900 appeared in the Sky Dong Lu, before the eyes of 30.000 Christians and frightened 10.000 soldiers enough to cause them to run a mile, are exactly the same Heavenly Powers you, President Xi Jinping, and your hideous autocratic regime seek to offend deeply and grievously in such an irresponsible manner.

It will not end well for you. Good luck with that! 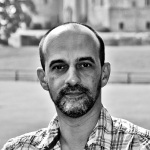